If you're here for numbers, I apologize. Perhaps in a later post I can share them but for now, the story will have to be enough.

This week marks the first time XO has ever bought, operated, and sold a company.

This isn't a celebratory post per-se. I'm excited we've finally closed the loop on a deal, but it wasn't a big win and the biggest takeaway was a mediocre realization that work, effort and gains are not correlated.

The good news is the product itself is now in capable hands, and we're very much looking forward to seeing the new team thrive.

What we got right

I don't want to make it out like we didn't win on this deal. We did win. It just so happens the win was more of an educational one than a monetary one. We ultimately didn't lose money on the deal but we didn't 10x it like we wanted to.

We didn't own this one for very long, but the biggest lever we pulled for growth was simply going back to all the delinquent users who were still using the product and not paying. This boosted MRR by a hearty 25%. Sometimes it's the simple things. It's stuff like this that makes me realize just how early we are in this space. A rational actor would have done this work before the sale. They didn't and we benefitted.

Side note. Billing is still a monumental pain in the ass. Even with Stripe. People are delinquent, people run out of money, credit cards declining, they need like 36 people copied on every damn invoice. People hop on the chat to get us to get them their invoices despite them being available in the app itself, etc, etc. Needless to say, our next hire will be a support person.

One of the things we did get right was moving off an expensive hosting provider like Heroku. We paid a team to do the migration for us and went from $1,300 in expenses to under $300 in expenses. Oh yeah, and all kind of problems went away (like the servers crashing every couple of hours). We got a little lucky here. If moving hosting providers didn't happen to solve a bunch of ancillary issues, we would have had to pay yet another dev to come in and unfuck the thing. Glad it worked in our favor, but it very easily could not have.

This product is sticky. Customers that are using it heavily are unlikely to switch, because frankly it would just be too much work. Think of where all the bugs live for your product. Is it Jira, is it Trello? Wherever it is, moving to a new tool doesn't happen too often because the pain of moving all those tickets would be quite an undertaking. This is why there are about a billion project management tools out there. Once you get a team signed up and using it heavily, they rarely switch. So all this is to say that the tool we bought did something valuable and was sticky. This was tremendously helpful because with low churn, even mediocre growth (for a SaaS) can compound into something wonderful over a long time horizon.

What we got wrong

Surprise #1 - Most Of The Cash Comes At The Sale

If you're considering buying micro SaaS companies because it's going to "kick off more cash than Apple's new dividend", I have some bad news for you. When we took over Toybox, it was hosted on Heroku, which cost us something around $1,300 a month and made around $4,500. So let's say you're looking at this on a spreadsheet, and think "Great, my mortgage is about $4k, so basically if I buy this annuity (SaaS company) then 75% of my mortgage is paid for, awesome!" You're not completely wrong. On a month where there's very little outside expense, then you may very well be able to pocket that cash and tell your friends this company you bought pay's your mortgage and you'll be the envy of your suburban backyard BBQ.

Now let me crush your dreams (just a little!). There are very real expenses sometimes. Yes, on a quiet month, your bank account may pile up with cash, but I would consider it unwise to take any kind of distribution in the early months of operating the biz because frankly you don't know what you don't know yet. Yes, you probably saw some yellow-ish flags in diligence but there's nothing like getting handed the login to intercom and being swamped with random customer requests to temper the excitement on your new purchase. For us, we lost a member of our team who had the expertise in this tech stack. That caused us to spend money on freelancers who we otherwise would not have. Lots of money (relative to the cashflow).

If you do this long enough,  you're going to make a mistake. Our mistake came at acquisition #3. You just have to own it, deal with it, and take action to make it right.

Buying Toybox was a mistake. There, I said it! I see that now (thank you retrospect!).  It didn't fit with the two products we already purchased. There was no marginal benefit to our little ecosystem. We were blinded by two things. One, the company was a YC alum. We wanted that on our deck. We have it. It came with a price. The other (unforeseeable) speed bump was a team change. Each of us loosely were in charge of one acquisition. 3 technical members = 3 acquisitions. This worked until one of the members  left (maybe a story for another day). We were then 2 technical members operating and building for 3 SaaS products. The beginning of all three purchases were marked by weeks of heavy development. Fixing stuff we knew was broken, fixing stuff we learned was broken, and of course, the developer go-to of completely rewriting one of them from scratch (actually ended up being the right move!). In the future, I'd stagger the acquisitions a bit better so that perhaps when one product is moving off the heavy initial development, that may free the (future) dev team to work on another.

How we're going to get better.

Pick a thesis, and stick to it

We're still congealing on this one. We're going to be raising a fund here pretty soon and we will absolutely pick a thesis and stick to it. When we're doing this with our own cash, it's okay for us to be a little looser.

Still though, we have 2 dev tools and I think whether we like it or not, it makes the most sense to keep buying dev tools. The thesis for fund 1 can be different (Say AI, or climate, or whatever), but whatever it is, we will have to be slightly more cautious when dealing with other people's money.

Building Out An Operations Team

Overall, I'm pumped. We bought, operated, and sold a company. It's been almost a full year since I started assembling the team to do this, but we executed together, pushing past boundaries, and even managed to land the plane. I am immensely excited to start raising for our fist fund and see nothing but upside in this growing space.  I think we'll all look back in 5 years and say, "Of course smaller SaaS companies have value, and can be bought and sold just like our PE friends have been doing for decades."

Have a great weekend folks. 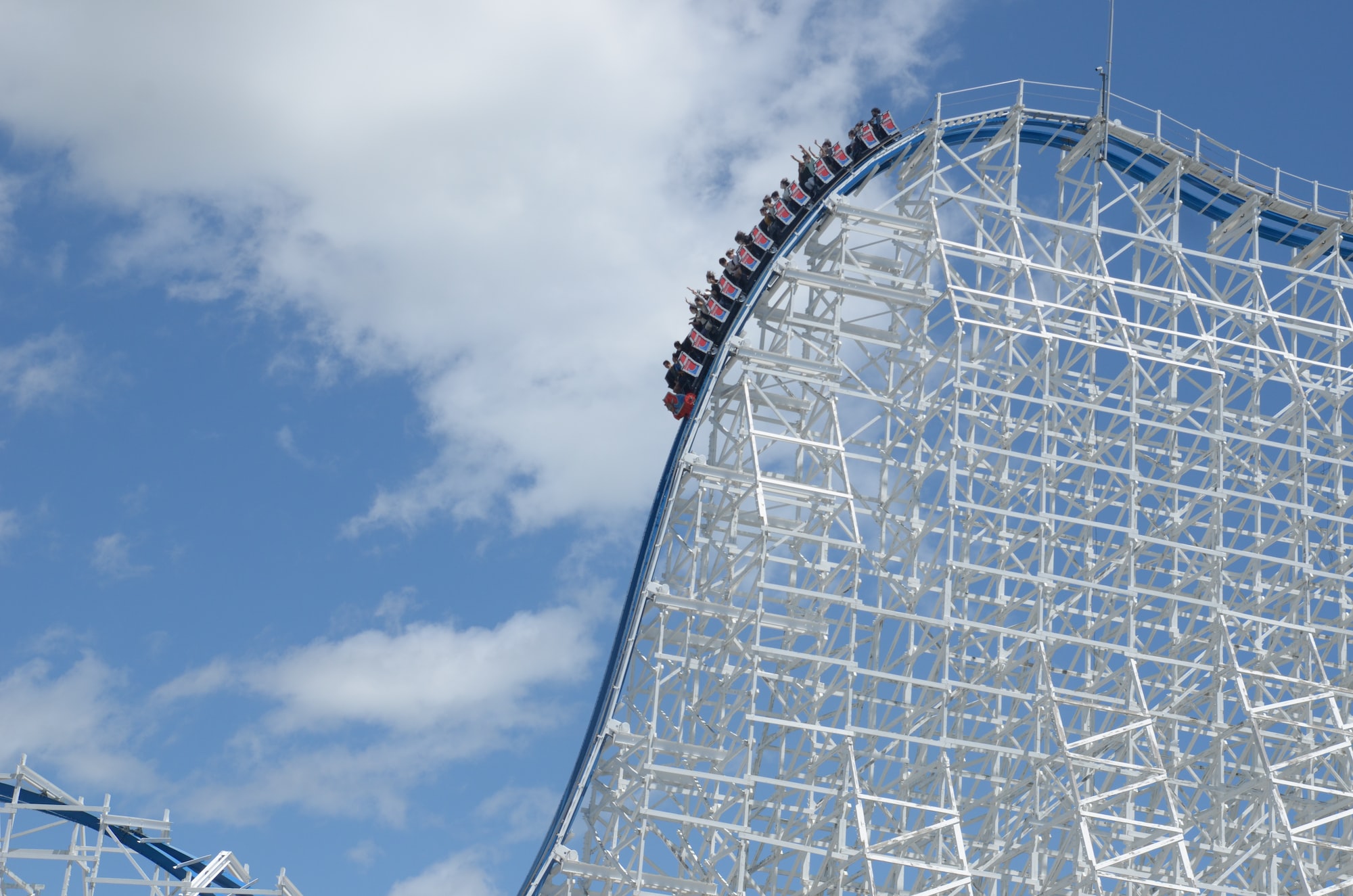 Timing the market is impossible. Actually I don't believe that at all. Do you remember '08? I was in college, but I remember it well. Kids were dropping out of school bc their parents couldn't pay for it. Friends' parents were losing houses, jobs, etc. It was pretty damn clear 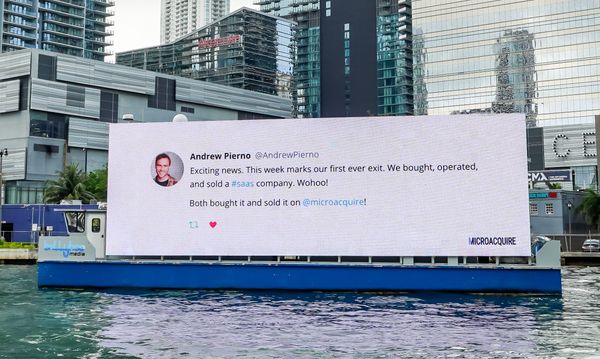 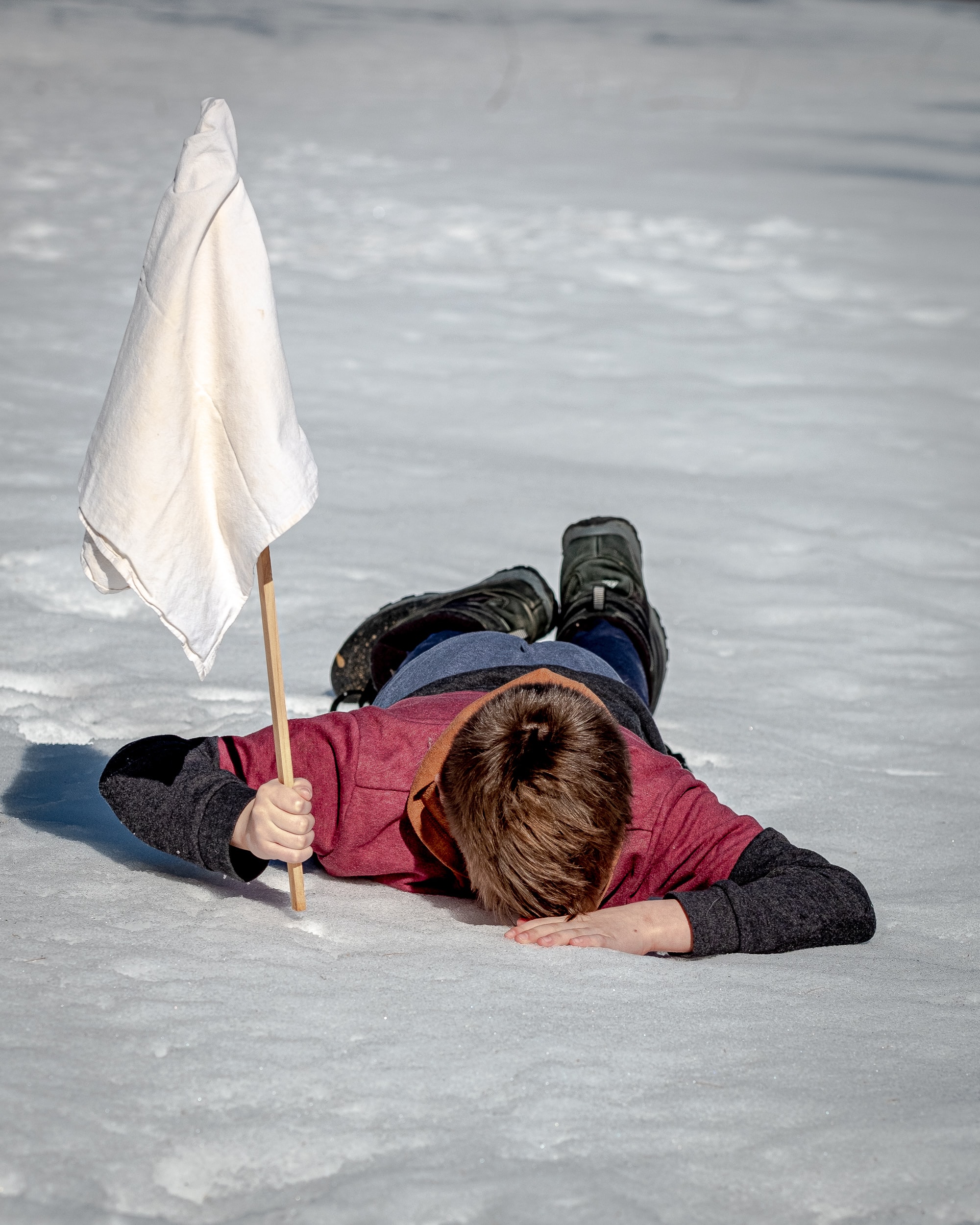 At the beginning of the month we decided to go out and try to raise $1M in equity into XO Capital. We failed. We've tried two paths. One is a fundless sponsor model and one is a straight equity raise. Let's go through both and get into the weeds. Fundless